Who is actually the director? 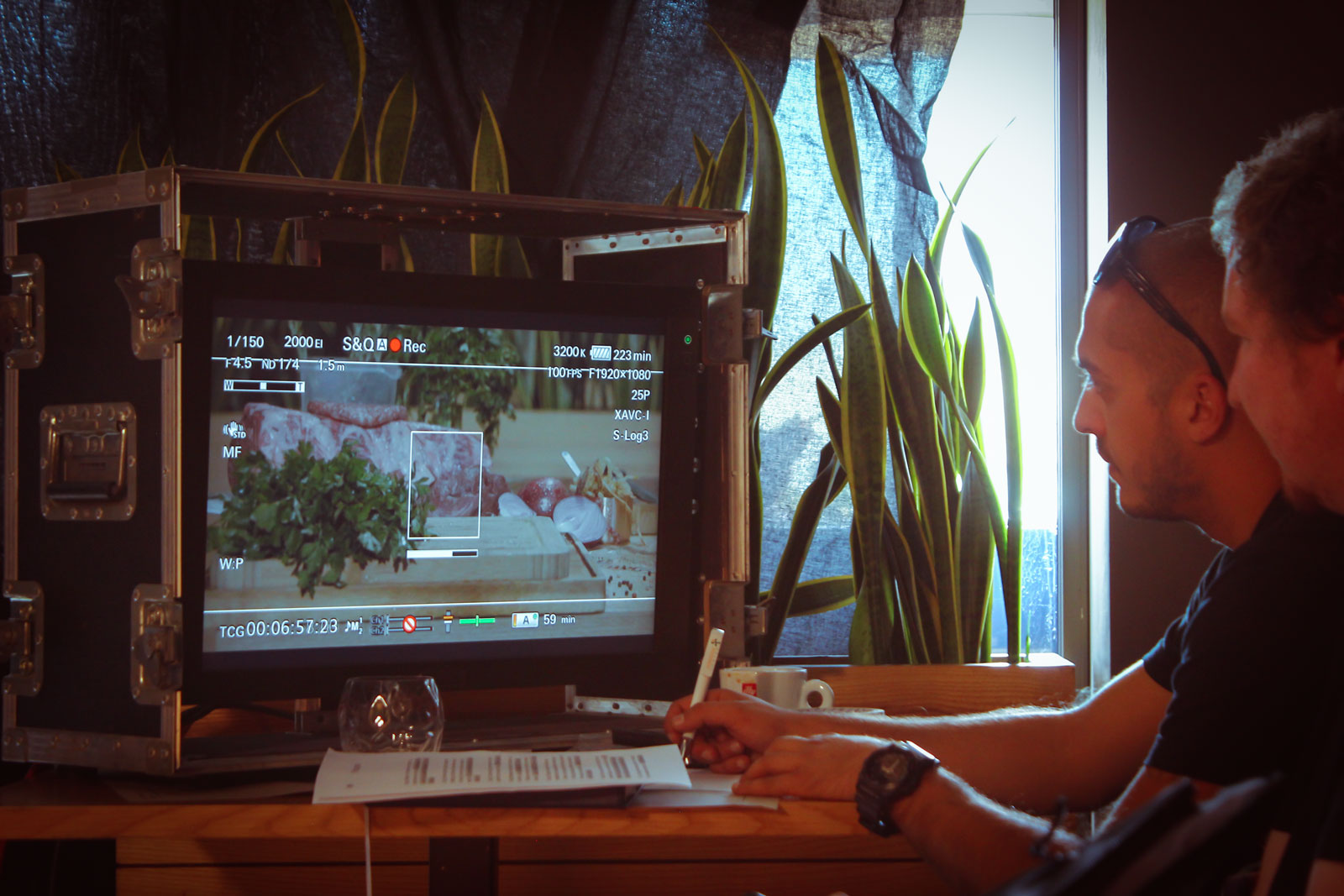 Directing of audiovisual creation and the person responsible for it – the director. These are the key terms in the video production industry and today we are going to tell you a little bit more about them.

Many people ask me “What do you do for a living?” and when I say I am a director, they ask again, “Ok, so what exactly are you doing, you operate a camera or what?”. In reality, the director is the mastermind behind any project. He has a vision and an understanding of the whole production process, from preparations to post-production. In One More Frame, for example, I even take care of the ideas and the scripts.

Let’s start from the very beginning – preparations for project “X”, which should be designed and filmed in a certain period of time. In order to accurately recreate his vision, any director needs to have a team of good professionals working with him.

First of all, he needs a good cameraman. They should both be equally devoted to the project and since the cameraman is the director’s eyes, they should know each other well. I am very lucky to have, here in One More Frame, two exceptionally good operators with whom I have worked with for years now.

Next in line, its good to have an assistant – director, to whom you can delegate some of the countless tasks and duties. Scenographers and makeup artists are always helpful. They will make your life on set much easier and they will make your end product look better and more professional. It’s also good to talk through your plans in advance with the video editor and the sound designer (it is crucial to know their work well!), so they can give you some idea about the post-production of the video.

Now let’s see what is going on during the filming process.

Onset the director has the following relationships and responsibilities towards:

• The Actors – Before the filming begins he has to meet the actors a couple of times. During those meetings, he will explain his vision and ideas for the movie. A good director is always willing to hear the actor’s thoughts and ideas about the project. It is his duty to consider those suggestions and to decide which ones can be incorporated into his concept and which not. Repetition and reading are also conducted during this period in order to clarify every line in the script and to make changes if needed.

• The Team – Each and every member of the filming crew has to do his job strictly and responsibly because film production is teamwork. If someone on the set is doing something wrong, this is a problem that has to be quickly addressed and fixed. You have no idea how fast everything can go to hell during filming! This is where the assistant – director will come in handy. Your communication with him is crucial for he will be taking many of your responsibilities and he will be the connection between you and the rest of the crew.

• The Main Cameraman – His place is next to you in front of the director’s monitor. You will both be checking and analyzing every shot’s composition, lighting, etc…. An experienced cameraman will give you good ideas about how to improve your shots on the filming set and it will be your job to decide when to listen to him and when not to. In order not to slow down the whole production, those decisions have to be swift and resolute.

• Issues with the gear, actors, time – Besides all those things we mentioned, you will almost always encounter technical problems as well. Giving a real-life example from the filming of the song “From Yesterday” (artist F.O.). During the shooting of the second scene in the schedule, the DJI Ronin malfunctioned. Despite the efforts of our technical team, we lost 30 minutes in failed attempts to fix it. By this point, I knew that, if we lose another half an hour, we might have to leave some of the filmings for the next day, but we didn’t have the budget for that.

Additionally, I had a crew of 30 people and another 30 extras. Because of this delay and because it was a very cold winter day, some of the extra actors got nervous and left the set. Quick and right decisions must be made in such hard situations. Now you can see why it is absolutely imperative that you remain calm and, even more, to calm the rest of the crew down and guide them through the crisis. In this particular case, I sent one of the assistants to grab another Ronin from a person I knew had one.

Meanwhile, we started filming the shots we didn’t need the Ronin for and, 40 minutes later when the new one arrived, we picked up from where we left off. We ended up shooting all the footage we needed right on schedule. In such tense situations, many directors start panicking and yelling at people around them and, in many cases, this would result in a complete failure of their production. On the set, it’s very important to keep a good track of time during the whole filming process and to be able to take fast and accurate decisions during difficult moments. If you can’t track your time properly, you might need to hurry up with the shots that come last in the filming list and this often leads to bad results.

Guess who will be to blame if the client is not happy with the product he received. That’s right – you, and I absolutely agree with this.

If you decided you want to be a director, you have to step up and perform all your duties with precision and devotion. We at One More Frame aim for a high level of commitment and professionalism which will always deliver the best possible results for our clients.