How to shoot Videos With a Drone 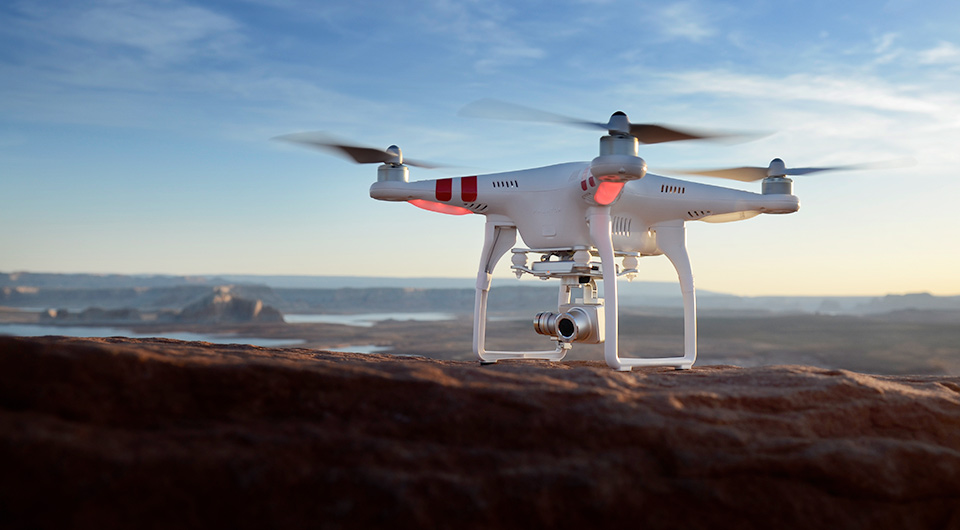 I doubt there is still a person out there, who never heard the word “drone”. Everyone has seen a frame, shot by those flying machines at least once. It’s a common event now, seeing a person in the park, holding a remote control in his hands, and at the same time, hearing a loud buzzing noise, like from a hornet swarm, coming from above our heads. If you like the idea of shooting some frames with a drone, to rent one or just learn something about them, I believe you might find this article entertaining and useful.

Just as in any other endeavor, preparation is crucial for the ending results. It might take to a minimum level, the chance of a loss or an accident. And believe me, drones aren’t safe at all. Every drone pilot must be familiar with its mechanism, capabilities, and limitations. Also, he should always make a good assessment of the risks involved.

There is a great variety of devices, used for filming videos from a bird’s eye, although those used for professional needs can be reduced to just a few brands. They all have a GPS system, which I can say, is one of the key elements, providing a safe and quality flight. Before taking your drone into the air, you need to calibrate it first, by making it spin around its axis. I personally go around the drone myself, which always provokes funny looks on people’s faces. The GPS connects the drone with the satellites, which gives it the ability to follow a previously set coordinates, to stay in place while up there, to compensate for the wind gusts and to automatically come back to you, in case the signal from the remote control is lost.

Another key component of the drone’s mechanism is the battery. It should always be in order. Also, the pilot should know how much time the drone can fly with one full charge of the battery. After all, you don’t want to send your bird too far away, without having enough energy for the way back. The flight time depends on the battery’s capacity, the complexity of the flight itself and the weather conditions. If you make your drone do complex and rapid moves, its battery will go down faster. The same goes for bad weather. Strong winds will shorten your flight time significantly. Professional drones are programmed to land when their energy drops dangerously low. Hopefully not on some inappropriate place.

Depending on the class of the drone, its legs can be placed on the sides, or at the bottom, in which case they have the function to retract upwards. If the legs are on the sides, the camera can be adjusted only vertically. If you want to shoot a panorama (horizontal camera movement), you need to turn the whole drone around. If the camera could turn horizontally, the legs would get caught in the frame. With the second type, those camera moves are possible, because the legs would lift up during take-off and go back down before landing. Those devices can be controlled by a pilot, which will guide the flight’s trajectory and a cameraman, to turn the camera in the desired direction. This gives the opportunity of making more complex and beautiful shots.

For the filming, of course, you will need a camera. There is a great variety of options here. Some drones have their camera’s built-in during manufacture. Other devices allow the attachment of different screens, cameras, DSLRs, and even big TV cameras. The bigger your filming gear is, the bigger drone you will need. The most important part here is the stabilization device, which connects your flying apparatus with the camera. It compensates for the vibrations and for the leaning over movements of the “plane”.

Another key component is the device that streams the video signal in real-time. Without it, the pilot is as good as blind. He is unable to control the movement of the flight and the composition of the frame. This system also gives the ability to receive data about the flight’s altitude, speed, and distance.

Now that we are familiar with the main components of the drone, we can start talking about the flying itself. First of all the pilot must know the area in which he is going to fly his machine. Checking the weather reports for rains, strong winds, sunrise and sunset times in advance is always a good idea. This can easily be accomplished using Google Earth and weather report sites online. It’s also good to know that antennas, power lines, and other strong emitters can disturb the signal and the connection between the remote control and the drone. Direct line of sight, on the other hand, improves the signal quality. Considering all this, it’s easy to see why in urban landscapes, the range of your remote control diminishes.

So, to sum up, everything, before you can finally take your birdie into the sky, you need to check all those things first: weather and terrain conditions, correct adjustment of all components, batteries fully charged, and calibration was done. Beginner pilots should start learning in big open – range areas, free of big people crowds. Allow me to give you a quick tip, coming from bad personal experience: never ever fly your drone near kindergartens or playgrounds in general! Most of the kids will try to catch it, and some of them may even try to knock it down from the sky with whatever heavy objects they find nearby. In your machines manual, you will find some exercises like circular movements, or eight – shaped loops.

Use them for training, because they are very important for filming good quality movies. When you are piloting a drone, you must be fully concentrated. And always remember, that taking care of the flight’s safety comes before making a good shot at any cost.

And finally, the time comes to say a few words about the filming itself. Frames, shot from high in the sky, have a very strong influence on people’s minds. To make them even more impressive, you might add some movements. Like back and forward, or up and down. After that, you can start combining them with camera movements. Try to fix on a moving object, or go around a still one. Have in mind that the position of the sun strongly influences the expressivity of the frame. It’s fair to say that, as the sun goes lower, the beauty of your shots goes higher.

Try to avoid the shadows from the drone’s fins. When the drone moves, it will slightly lean towards the direction of the movement, thus making the fins, or their shadows, appear in your shots. To avoid that, during drone movements, you can dive the camera slightly in the appropriate direction. Try to make smooth and fluent motions for at least 10 seconds. This way you will have enough quality material to edit later.

Those are all basic rules, you need to know about piloting and filming with flying drones before you start doing it. Emphasize on preparation and safety first. Watch movies and tutorials and learn from your mistakes. More practice – more skill. I hope you will find this article useful and helpful and I wish you many pleasant and flawless flights.

We use cookies to ensure that we give you the best experience on our website. If you continue to use this site we will assume that you are happy with it.OkPrivacy policy